The Health of NSW Hospital Security

Commenced in mid-November 2018, NSW Health recently released an interim report prepared by ex-NSW Police Officer and Minister, Peter Anderson, titled “Improvements to security in hospitals”. Containing 48 recommendations, this report follows several major security initiatives within the sector in recent years, many of which were triggered by the 2016 shooting of a police officer and a security staff member at Nepean Hospital, using the officer’s service pistol.

The shooting itself was a clear illustration of a security problem that has been on the increase for years in hospitals – a growing number of people presenting at Emergency Departments (EDs) and increased instances of aggression caused by mentally and/or drug impaired patients, and often their friends/relatives.

The police officer, Sergeant Luke Warburton, had been responding to a 000 call when Michael de Guzman “…grabbed Sergeant Warburton’s Glock 22 from its holster and fired twice[1]”. One bullet from the pistol passed through the leg of the officer and struck a hospital security officer in the shin. After 14 surgeries Warburton was back at work, but only part time and enduring long-term damage to his leg.

Evidence was later given during the trial by forensic psychiatrist Adam Martin, who suggested that Guzman likely suffered a psychotic mental state precipitated by methamphetamine[2]. This represents a blended manifestation of the problem, involving an apparently mentally impaired person becoming uncontrollably aggressive after taking illicit drugs; in this case a pair of scissors had been held to the throat of a doctor before the scuffle erupted with Sergeant Warburton.

Despite $24M being spent on CCTV upgrades, installation of remote locking security systems and personal duress equipment[3], the recent report reveals that ample room for improvement continues to exist and that many of the risk and threat issues of 2016 have not yet been mitigated. This includes a lack of effective recourses for staff in the event that an act of serious aggression occurs, especially in rural EDs, where police may not be available to help for extended periods.

With a strong interest in matters of security governance, risk assessments and compliance, this author noted the recommendation within the report, which related to the elevation of issues of security to Board-level, or where they exist “…sub-committees dealing with risk, audit and/or compliance[4]”.

This seems an obvious aspect of hospital governance and its apparent absence runs counter to “NSW Health Policy and Standards for Security Risk Management in NSW Health Agencies[5]”; this policy requires that the “Chief Executive and the Board get relevant information on security related risks and how they are being addressed”. If this is not being practiced as intended, then it appears to highlight flaws in both Health NSW oversight and local implementation.

A further recommendation in the Anderson report relates to the creation of an additional NSW licensing sub-class for security officers/guards, one that acknowledges the nuanced duties of those involved in security in hospitals. In the absence of articulating what those nuances are, in favour of referencing the consensus of stakeholders engaged, some may regard this as debatable.

Hospital security staff are currently required to hold a “NSW Class 1A – Unarmed Guard” endorsed security licence, which authorises the licensee to patrol, protect or guard any property while unarmed (and whether while static or mobile)[6]. It may be argued that security officers/guards in some other industries and nuanced situations do too. Creating an additional hospital license sub-class (i.e. not even the broader health context) would add another layer to industry licensing arrangements.

Moreover, the NSW regulator appears to have moved in the opposite direction, with the old Class G – Loss Prevention Officer being rolled back into Class 1A. In addition, and as noted further below, a health-focused training initiative has already been launched, with favourable results noted in the report. Regardless of the merits, it would have been useful to read the full background and justification for the recommendation (noting that this may yet be provided as the report is still interim).

That aside, the recommendation to embed security staff within clinical support teams, such that they are a specialist element of local staffing, rather than an outsider, is a good one, and consistent with the original 12-point plan reflected below. This would assist control, cooperation, information sharing and, one would expect, contribute to the likelihood of achieving better security outcomes.

In early 2016, the NSW Minister for Health, Jillian Skinner, announced a 12-point action plan in the aftermath of the shooting incident to “…improve security at all NSW public hospitals following a roundtable of health stakeholders and union representatives in Sydney”. This was the NSW Government’s necessary response to a serious incident in a sector that the community clearly and consistently considers a priority.

This plan was designed to drive improvements to protect those who work in and visit hospitals, and especially in view of increasing violence within Emergency Departments. The 12 points can be characterised as:

Action 3 in the plan was completed in August 2016 via contractor BRI, consultants for whom reported that, while NSW Health policy was clearly documented, it was not “prescriptive or proscriptive”, and this was resulting in non-uniform policy implementation (underpinning the Anderson report observations). Specifically, “Inconsistencies were found in the way that policy was implemented in the following areas:

Among other things, the report indicated that “…the risk assessment process was not well understood by some of those charged with this responsibility”, and significantly, that “The auditors did not sight any documented risk assessments that were specific to the hazards and risks…” of EDs.

The second observation required a second read in view of the extensive security risk management policy and procedural guidance applicable and readily accessible to the sector, and the fact that 20 hospitals were audited. If accurate, which is assumed, it is a significant revelation and a negative indictment on risk management practices within the sector.

There was nothing to suggest that this issue had been remedied across NSW Hospitals within the Anderson report, notwithstanding that ‘risk management’ was not specifically addressed within it.

A number of irregular cultural deficiencies were also reported in the BRI report, which highlighted (among other things) an at times casual approach to minimising access to sharps, failing to afford/appreciate at least equivalency between co-worker health and safety and that of patients presenting, and planning for a coordinated response to code-black situations.

One of the underlying issues may perhaps be evident through a response noted within the Anderson report, wherein a hospital stakeholder indicated that “I will resign if security are brought in”. Peter Anderson notes this response in reporting the “…significant divergence of opinion amongst staff”, and even between staff and the union.

Separately, a NSW Health policy was issued in October 2018, relating to the release of a “Security Assessment Inspection Tool (SIAT)”. The purpose of the tool is to “…determine compliance with the Protecting People and Property: NSW Health Policy and Standards for Security Risk Management in NSW Health Agencies (Security Manual) and work health and safety and security legislation and to ensure continuous improvement in security risk management”.

This is assumed in response to the observation that security risk management practices were poorly regarded, especially in relation to EDs. An interesting aspect of this policy is that it specifically mentions that “…All hospitals are to be audited within the audit cycle by at least a person with a 1A security licence and extensive health care security experience…” While the language is confusing, it is expected that NSW Health regards the Class 2A licence (security consultants – those who are specifically endorsed to deliver services like audits and assessments) as a superior endorsement to 1A. It would be useful to ensure that this is clearer in future policy updates.

Further, and as already mentioned, the report does highlight that no stakeholder that was engaged had a satisfactory answer for an act of serious aggression occurs, especially in rural EDs. This does not necessarily mean that nothing can be done, and it is (arguably) considered more a reflection of what might be described as ‘risk treatment appetite’.

For instance, the Anderson report does not support the “re-introduction” of special constables (without detailed explanation), but the NSW Health Services Union indicated that it did just prior to the review being launched. Unlike a situation where a guard may be forced to make a citizen’s arrest, which carries with it significantly elevated safety and legal liability[8], a formally appointed special constable would have the authority to restrain and detain people who pose a significant risk to others.

Embedded, as they presently are within integrated hospital management teams, it may be the case that some of the risks of appointing security officers to as special constables may be at least partly mitigated. It is hard to assess however, without solid reasoning being provided, and it is expected that there would be a range of other risks.

One of the other key issues raised in many hospital security reviews has been the absence of effective incident reporting and management systems, and regular use of those systems. This is considered linked to the assertion in the BRI report that “…all of the EDs visited …staff would in fact tolerate a certain level of verbal aggressive or anti-social behaviour by patients and visitors.” This runs contrary to NSW Health policy of zero tolerance to aggressive behaviour.

Were the full quantity and details of incidents to be accurately documented, it is certain that this would highlight the very difficult and dangerous situation that hospital staff are placed in routinely.

It needs to be acknowledged that numerous changes are clearly underway within the sector, but whether they are making a discernible difference as yet is difficult to assess, especially in the absence of comprehensive incident reporting. In the meantime, and for the benefit of those working in EDs and elsewhere, it is hoped that a repeat of an incident comparable to the 2016 one is avoided at all costs.

Register to be updated as further articles of this type are added, especially in relation to Health and Hospital Security.

Konrad is a Certified Practising Risk Manager (CPRM) with the Risk Management Institute of Australasia (RMIA), the Managing Director of Industry Risk and Principal of SECTARA. 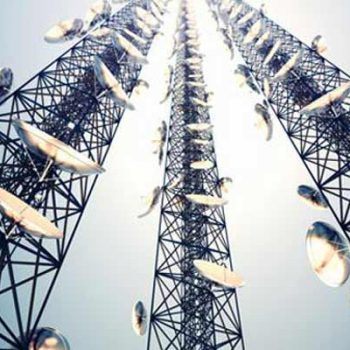 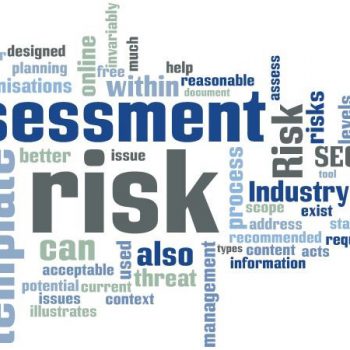